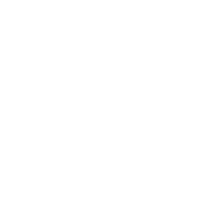 Paolo has for 25 years been at the forefront of specialist criminal defence work. Many of the cases he has personally been involved in you will have read about in national and regional newspapers. He has specialised knowledge and experience in defending cases of serious fraud, international drug dealing, homicide and organised crime. He has a proven track record of success now in its third generation.

Paolo still considers himself to be young and with so much more to prove both to himself, his clientele and to the criminal justice system.

Recently Paolo received national publicity for his specialist work defending cases where the Attorney General’s consent was required to prosecute cross-border conspiracies. He is the lead solicitor in this field.

Paolo specialises in the Proceeds of Crime Act 2002 and in Restraint Orders.

Paolo would consider himself to be a pedant. In recent years Paolo believed that the legal profession as a whole had become lazy and was ignoring the finer details of the Police and Criminal Evidence Act 1984. He believed that police officers across the country had become lackadaisical no doubt as a direct consequence of knowing that they would not be called to account or be challenged about the search warrants they had affected or the arrests they had made.  Paolo conducted a study and soon realised that across the country police officers were with alarming regularity conducting searches of people’s home addresses and business addresses armed with PACE warrants that were defective. Paolo’s fastidious character and drive for perfection could not allow this to continue.

Paolo researched the most formidable barrister in this field that shared his principles and drive and desire to ensure that things be done properly. He was very soon introduced to Mr Rupert Bowers QC. Soon thereafter Paolo head-hunted a team of the most specialist minds with regards to police procedures and powers, police motives and tactics, PACE 1984, search warrants and powers of arrest.

Paolo is enormously proud of his PACE Compliance Department that he has assembled and working in conjunction with Mr Rupert Bowers QC he believes he has the most specialised and formidable unit in the country. Paolo believes there is not a collective as experienced and knowledgeable as ours. The perspective Paolo’s department can give a client is quite unique and extraordinary.